Members of the Badjao tribe are renowned for their ability to swim in the deepest seas without any sophisticated gear.  In Davao City, there are several areas where Badjaos are situated but based on official statistics, Brgy. 23-C has the biggest badjao population. Fishing and selling used clothes on the streets are some of the things that a Badjao does to survive in the city and provide for their daily needs. The children as well are affected given that they lack access to healthy and nutritious food for their development and are highly being discriminated.

At a time when the Corona virus has partially forced people to stay at home, the Badjaos expectedly struggled. They all had a hard time earning money ever since the city was on lockdown. Their options for survival are limited and they feel helpless. They have long experienced the months-long lockdown imposed in their community and just recently, the barangay is once again subject to a hard lockdown which is said to last for 28 days. 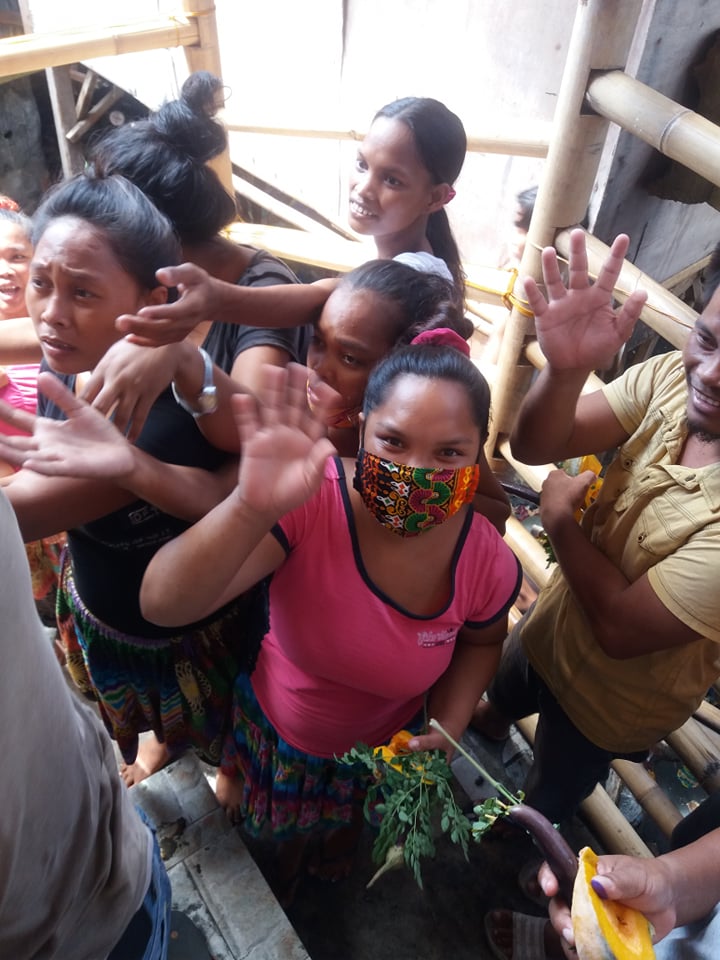 According to Ms. Hannah Sacalain, former president of Pagtimukan Kauman Mabadjao People’s Organization and now the  Purok Leader in the Badjao community of Brgy. 23-C - the Badjaos have already been dealing with  discrimination. But more so, during the pandemic. She adds that when people see Badjaos roaming around the barangay, they tend to hit and physically assault the poor Badjaos.

When the lockdown started last April, unverified reports spread through group chats surfaced that Badjaos tested positive for Covid-19. Even though it was eventually dismissed as fake news, Barangay 23-C nevertheless became the center of the news here in Davao. 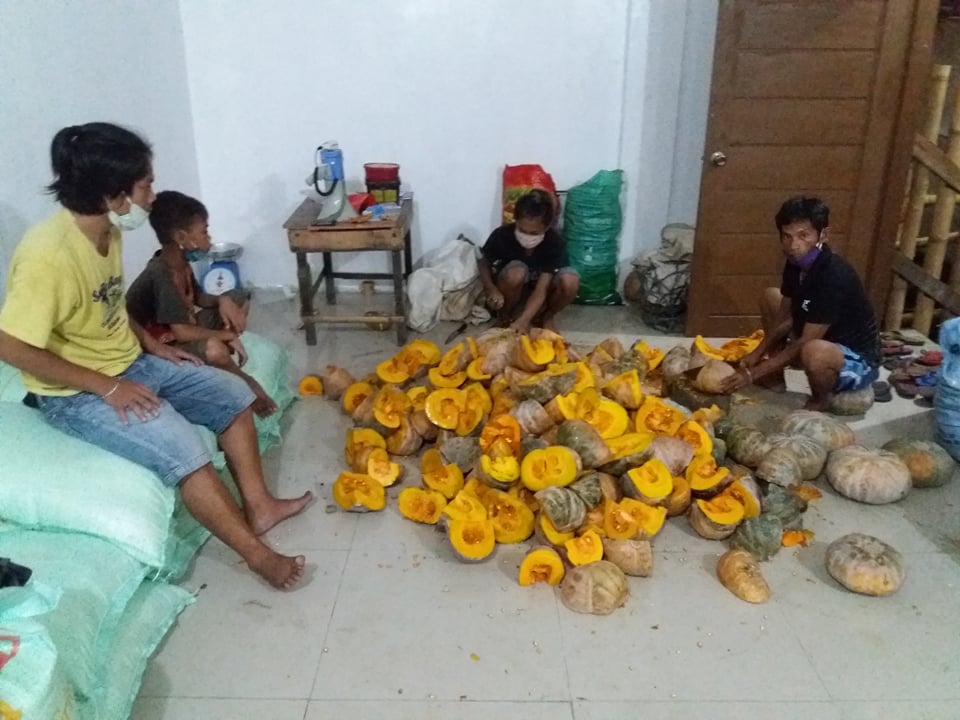 Community members prepare the healthy food rations for the residents

Ms. Hannah herself is from the the Badjao tribe and is disheartened to hear that people make up stories just to deteriorate the image of the Badjaos. The sentiments of discrimination were further validated when a Badjao woman reportedly escaped the isolation facility. Netizens were quick to post mostly derogatory remarks not only to the woman, but her tribe as well. There was little understanding from the public that Badjaos, pretty much like most of us, also are confused with what has gone on the past months. Language barrier and lack of access to proper information further contributed to such confusion.

Despite the rather troublesome situation though, Ms. Hannah is actually grateful that the city government and some NGOs continue to help the barangay. Tambayan, one of their partners, have been giving out culturally sensitive vegetables and charcoal for about 500 families from April-June. Many Badjaos were definitely thankful since food rations are slow, not enough, and unhealthy, Women leaders like Hannah have been in the forefront of making sure that the tribes' plight are alleviated. The Community Sanitation Facility operated by the People's Organization was utilized by the Badjaos to practice sanitation. She and fellow PO leaders have helped fellow Badjaos,using their own language, in understanding what COVID and the lockdown is all about. 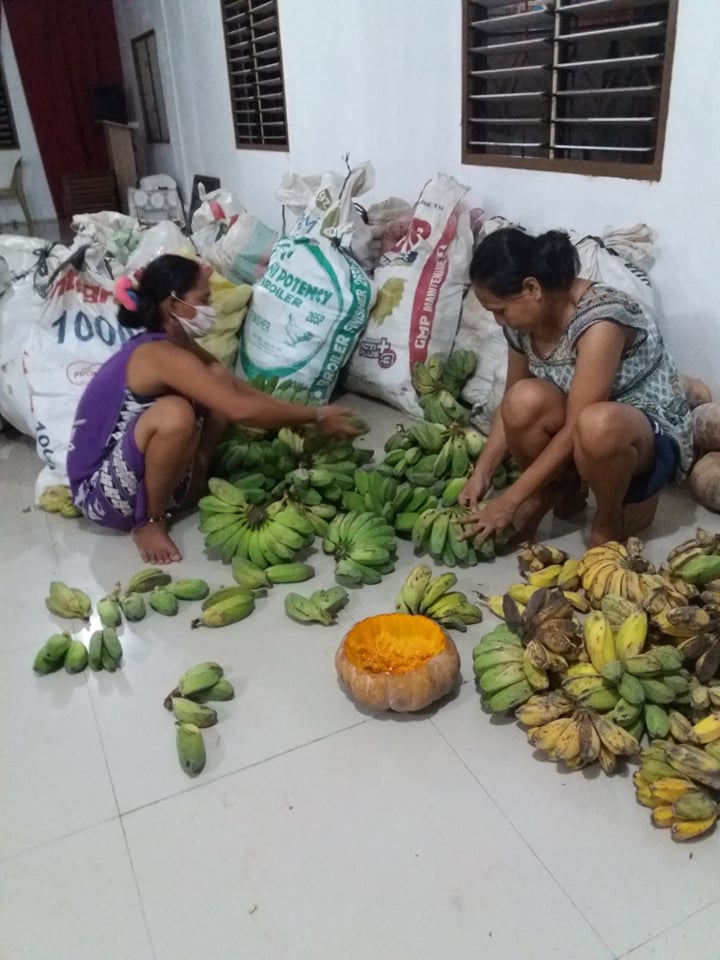 During the lockdown last March, Ms. Hannah was the only one authorised to roam around the barangay since she is the purok leader and it is her responsibility to check their situation. Badjaos are also concerned for the welfare of the purok leader because they fear that her plight will be flat-out ignored by the government. Women leaders like her have been on the frontlines working to ensure that the welfare of the community are still taken care of.

All things considered, this is essentially why the people of Brgy. 23-C are calling for help. In times when a 28-day lockdown is imposd once again on them, their own voices are very important and their plight must be addressed. 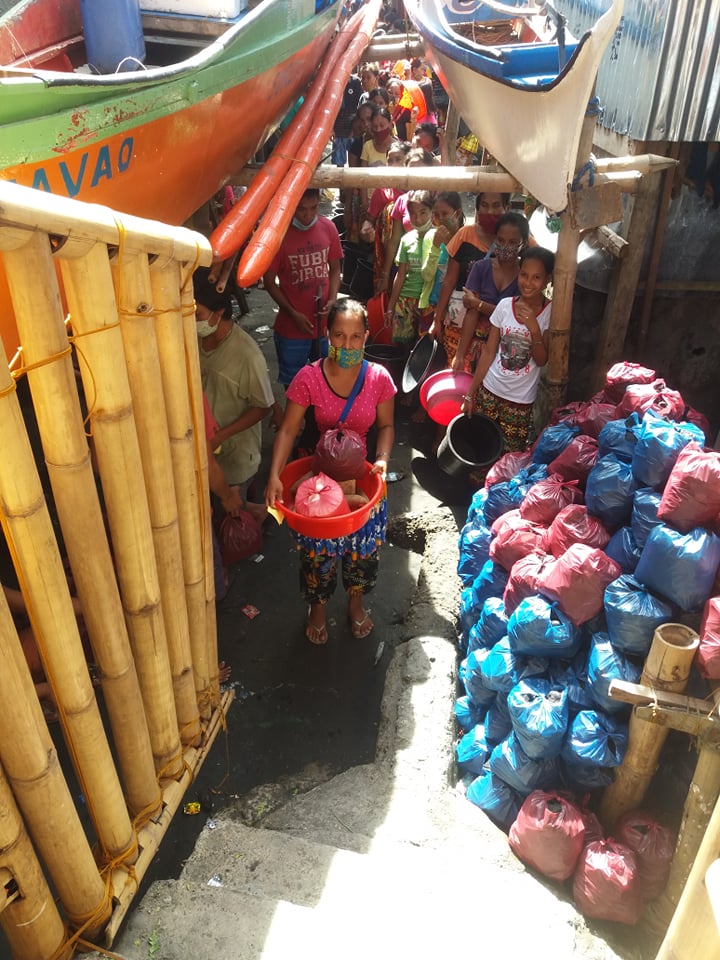