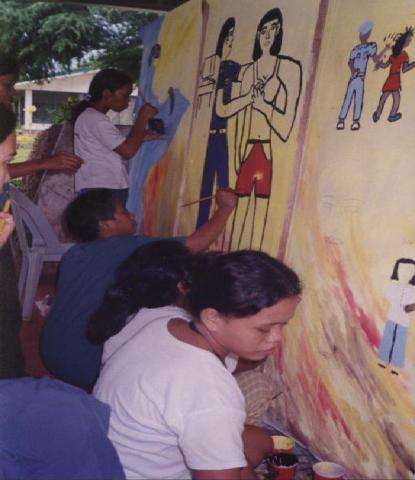 The "Buntog Phenomenon" in Davao City during the 90s

Preyed on by media and public opinion, adolescent girls on the streets were likened to the quail ("buntog" in Visayan, a bird that hops from nest to nest), portraying them to be promiscuously engaging in sex for free or sex for fun. Additionally, the buntog label equated the girls with prostitution.

Amidst the hype, buntogs were considered a menace to good society, both as a possible health risk (as STD and HIV carriers) and a moral plague (that may corrupt others whom they get into contact with). And as Tambayan puts it, the cleansing that followed the hype was quick and fast. [1] City government enforced the curfew on minors, where children – including the so-called buntogs - were rounded up and brought to police stations, supposedly to reprimand them and protect them from the hazards of the streets.

Negative reports by media fed on the increasing stigmatization. Some community members reacted by listing the names of perceived buntogs and banning them in their communities. Tambayan also reported cases of parents chaining their daughters or shaving their heads to prevent them from joining their peers on the streets. But children still went back to the streets. 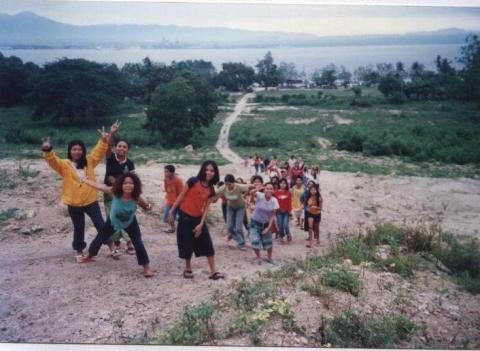 Evolving a program for street girls in 1996

"We would rather strengthen their actual survival skills in the street rather than blame them for being in the streets in the first place. - Ruth Lehmann (one of the founders of Tambayan), 1997

Banking on several years of experience on Children’s work, and six months of months of conceptualization, consultation, and research by three founding women – Sister Cecilia Fonacier, Ruth Lehmann and Edith Ong Ante Casiple, Tambayan was established in February 6,1996 amidst the backdrop of the so-called ‘buntog phenomenon’ among street children in Davao City.

At the beginning, it was clear that Tambayan will do no moralizing, and that they did not intend to force the girls to leave the streets. It was to provide open services that required no pre-conditions for availment.The general framework then was that:the staff were there to respect street children, to listen to them, to look at them as the one’s being wronged by society, to reach them where they are and help them enhance their self-esteem in the hope that it will help the street kids develop more options.

Interaction with the girls through street work confirmed that media reports on buntogs were indeed prejudiced. Many children are on the streets to escape abuses at home. On the streets, the children – both boys and girls – fend for themselves and hang-on to each other for survival. And that the much-sensationalized aspect of sex, is one such activity that enables some of them to cope with street life, along with scrounging for odd jobs (vending at the market, washing cars) and hanging-out with groups or gangs for protection.

Amidst the discrimination and stigma accompanying children on the streets, it was also confirmed that girls experience another layer of abuse because of their gender. They are not only judged by the public in harsher terms (buntog, prostitute), they also experience exploitation among their male peers on the streets. More significant is that many of the girls simply accepted this treatment as consequential to their taking-out on the streets, pushing the cycle of abuse further.

During Tambayan’s first year of operations, programs evolved as the need for them were expressed by the girls. 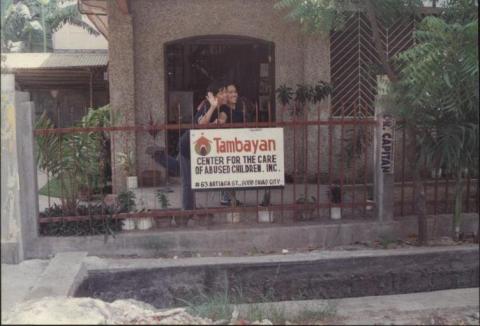 The Drop-in Center provided most-needed amenities that were not available on the streets – a place to rest, bathe and eat. Street work complemented activities and services at the Center, which soon included therapy and counseling, and alternative education. Through information dissemination on the streets where the girls are, pioneering staff introduced the Drop-in Center where children are welcome as they are. Initially, the girls went to the center for the free food and water, but what eventually sustained their visits were the other services that Tambayan provided.

By hanging-out at Tambayan, street girls were able to talk to responsive adults about their concerns and predicaments, without the risk of being judged or stigmatized. Thus, efforts were primarily directed towards making the girls learn about child rights, addressing risk-taking behaviour (including reproductive health and substance abuse), as well as building-on their capacities to help themselves. 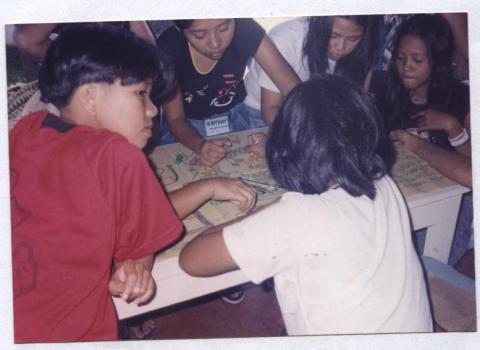 The Child in Context:

A significant organizational learning early on was that interventions where the scope of action is only on the streets was limited. That specific projects directed at the adolescent street girls are inadequate if there is no change in their social environment. Consequently, capacity building will only work with the participation of the broader community.

Taking off from the analysis that the girls’ only support structure in the streets is the male-dominated street gangs, Tambayan started including the boys in awareness raising activities. Also, it was clear that male peers on the streets themselves perpetuate abusive relations and that the girls felt helpless in this regard. The girls themselves brought along their partners for gender and reproductive health education, as well as for STD-screening and counseling services.

Both adolescent street boys and girls participated in a participatory action research conducted in 1999. The research established data on the situation of street adolescents in gangs, as well as provided a venue for learning during the process of the research in itself. While the joint participation of boys and girls was fruitful, there came a point when the boys were more active than the girls in Tambayan activities. The staff noted that the boys exhibited a stronger sense of future that motivated them more to strive in improving themselves and their situation.

However, the girls’ seemingly less enthusiasm was not without deep-seated reasons. The girls’ additional gender-based predicaments were already imbibed that it was more difficult for them to be more in control and active in improving their lives. But this is not to say that they did not want to.

Organizational priorities and strategies were then reviewed and the learning reiterated that it was because of this precise gender-based difference in situation that Tambayan decided to focus on street girls in the first place. Currently, while contact with boys in gangs are maintained, they are considered as support groups to the girls and not necessarily direct beneficiaries of the organization’s programs and services. 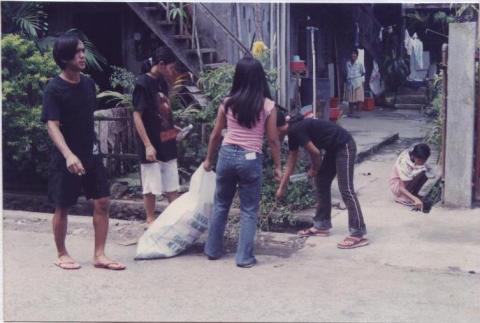 Working with the children has also led us to work with their families since trooping the streets are often a result of deep rooted issues within the homes they live in which are oftentimes in the form of neglect, violence, and abuse perpetuated by family members. It is in this context that working with the children go hand in hand with working with their families as well. The families have also been victims of a system that promotes a culture of violence, poverty, and injustice to prevail. With this, working with the families entail to promote a healthy relationship with the child oftentimes with counselling, family mediation, case conferences, awareness raisings on child rights and issues, and capacity building especially on Positive Discipline. Tambayan has also provided livelihood assistance to some families. 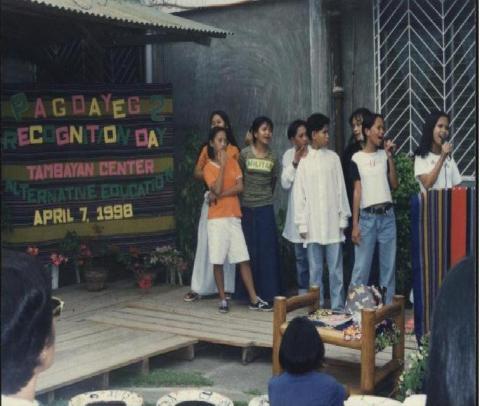 With communities and society at large

The problem of abused girls in the streets is a social indicator of the kind of society we live in, since it mirrors complex societal issues such as government neglect, prevailing patriarchy, and inadequate social support system.Tambayan further posits that, society has to acknowledge and address the problems of abused girls in the streets in the broader context of pervasive non-recognition of children’s rights brought about by traditional concept of children, the government’s non-priority of children’s welfare and a culture of violence, and the breakdown of family systems which is a result of changing family roles, social vices and gender inequality. 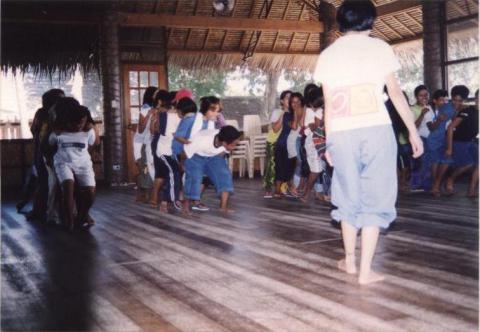 Timeline of the Tambayan Evolving Program:

* >Clear framework of intervention is child rights, no moralizing

* >Other programs evolved as the need was realized (as identified by both girls and staff, based on girls’ disclosures) – therapy, education, health services, legal support

*>In terms of management, evolved a participatory/ collective work style

* >Street gangs as entry-point for organizing

* >Inclusion of male peers in gangs in activities

*>Identification and development of peer facilitators

*>Conduct of participatory action research, involving both boys and girls on the streets

*>Re-entry of staff to the communities – re-establishing relations with barangays; community-mapping sessions

*> Establishment of database on gangs and formulation of capability-building plans 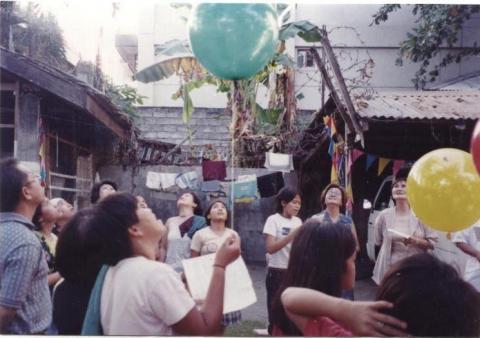 Based on the analysis that children are pushed to the streets by experiences of abuse and violence in their homes, Tambayan considers healing, in its many forms, the core in its organizing efforts. Facilitating healing can take the form of individual therapy, group processing, or simply access to space and/ or an understanding adult to talk to. For Tambayan, the process of healing can be on an individual basis or collective.

While children on the streets have proven that they indeed have the ‘skill’ to take action – even take matters into their own hands, so to speak – a crucial factor is the recognition of abuse, of owning the problems/ issues they are confronted with. Several years of dealing with adolescent street girls proved that efforts at awareness raising will prosper to meaningful changes in the children’s lives through sustained action, only when they have come to terms with their experiences and themselves.

Abuse scars deep, and is manifested in many adolescent street girls through low self-esteem, risk-taking behavior, and attitudes of helplessness and self-blame. Helping these children understand their situations and realize their inherent capacities to help themselves and claim their rights facilitate healing. Whether undergoing individual therapy, group counseling or simply hanging-out at Tambayan, the children highlighted the fact that there is always someone to talk to at Tambayan. 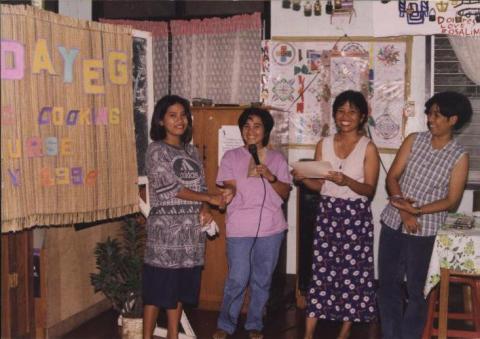 The institutionalization of Tambayan’s Child Protection Policy is one direct outcome of its process of adopting Child Rights Programming. Translating child rights practice into organizational and work policies are complemented by the organization’s culture of collective discussion, its mechanisms for clear accountabilities, as well as its commitment to pursue meaningful children’s participation. Admittedly, the staff recognizes the difficulties that come with child rights work, for instance on issues regarding the best interest of the child and facilitating meaningful participation, as well as going against entrenched belief-systems on childhood.

However, having discussed and agreeing on clear guidelines (although some have yet to be finalized in written form) facilitate consistency in the staff’s varying approaches to work. Additionally, the regularity and intensiveness of the program staff’s case documentation involving its children-partners, either individually or in groups, and the formulation and use of monitoring tools proved beneficial in planning, follow-up and trouble-shooting in program work, particularly in decision-making among area teams within the core program. 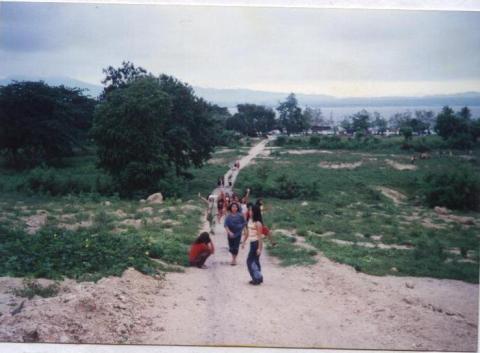